What North Star Is Reading in 2021 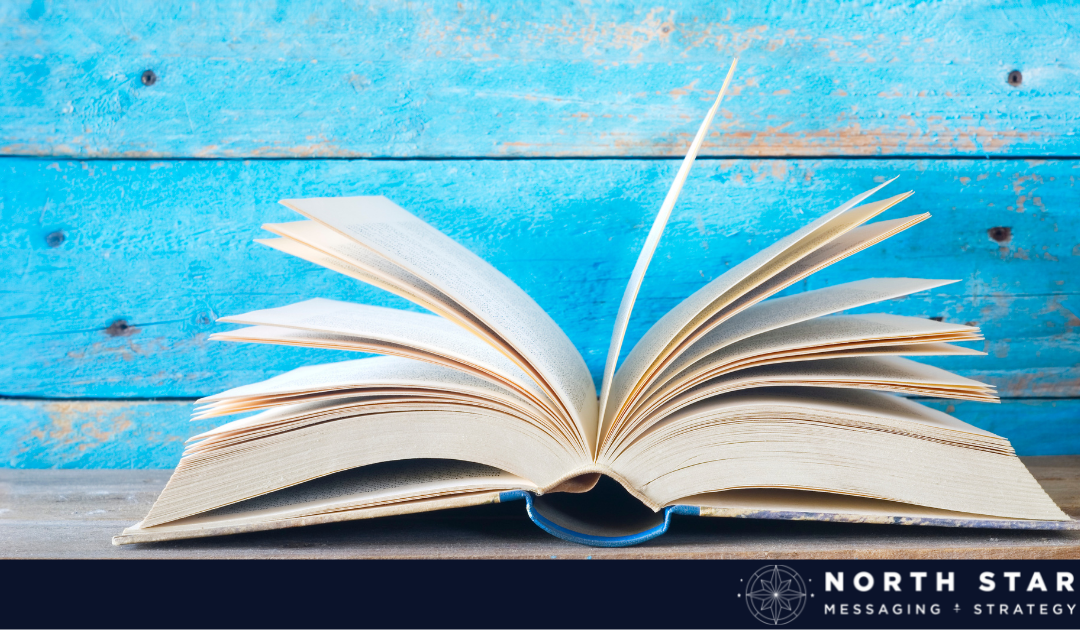 We recently asked our audience, What books are you reading that you recommend?

Well, you all DELIVERED. 📚

We want to share with you which books your fellow North Star audience members have their noses in right now. (This is a long list, so hang tight!)

And please head on down to the bottom of the blog, because we’d like to know what YOU are reading right now too! Seriously, we have insatiable appetites for books over here. Help!

Atomic Habits: An Easy & Proven Way to Build Good Habits & Break Bad Ones by James Clear
No matter your goals, Atomic Habits offers a proven framework for improving–every day. James Clear, one of the world’s leading experts on habit formation, reveals practical strategies that will teach you exactly how to form good habits, break bad ones, and master the tiny behaviors that lead to remarkable results.

The Anthropocene Reviewed by John Green
The Anthropocene is the current geologic age, in which humans have profoundly reshaped the planet and its biodiversity. In this remarkable symphony of essays adapted and expanded from his groundbreaking podcast, bestselling author John Green reviews different facets of the human-centered planet on a five-star scale—from the QWERTY keyboard and sunsets to Canada geese and Penguins of Madagascar.

Nobody Will Tell You This But Me: A True (As Told to Me) Story by Bess Kalb
Even after she left home for Hollywood, Emmy-nominated TV writer Bess Kalb saved every voicemail her grandmother Bobby Bell ever left her. Bobby was a force—irrepressible, glamorous, unapologetically opinionated. Bobby doted on Bess; Bess adored Bobby. Then, at ninety, Bobby died. But in this debut memoir, Bobby is speaking to Bess once more, in a voice as passionate as it ever was in life.

On Writing by Stephen King
Part memoir, part master class, this volume is a revealing and practical view of the writer’s craft, comprising the basic tools of the trade every writer must have.

At Home in the World by Joyce Maynard
Joyce Maynard’s memoir broke a silence concerning her relationship—at age eighteen—with J.D. Salinger, the famously reclusive author of The Catcher in the Rye, then age fifty-three, who had read a story she wrote for The New York Times in her freshman year of college and sent her a letter that changed her life.

Trick Mirror: Reflections on Self-Delusion by Jia Tolentino
In this collection of nine original essays, you’ll take an enlightening, unforgettable trip through the river of self-delusion that surges just beneath the surface of our lives.

Madness, Rack, and Honey: Collected Lectures by Mary Ruefle
Over the course of fifteen years, Mary Ruefle delivered a lecture every six months to a group of poetry graduate students. These are those lectures.

Me Talk Pretty One Day by David Sedaris
A transplant to Paris, humorist David Sedaris presents this collection, including the title story about his hilarious attempt to learn French.

The Glass Castle: A Memoir by Jeanette Walls
The Glass Castle is a remarkable memoir of resilience and redemption, and a revelatory look into a family at once deeply dysfunctional and uniquely vibrant.

Prozac Nation: Young and Depressed in America by Elizabeth Wurtzel
Elizabeth Wurtzel writes with her finger on the faint pulse of an overdiagnosed generation whose ruling icons are Kurt Cobain, Xanax, and pierced tongues.

The City of Brass by S.A. Chakraborty
Step into The City of Brass, the spellbinding debut from S. A. Chakraborty perfect for fans of The Golem and the Jinni, The Grace of Kings, and Uprooted, in which the future of a magical Middle Eastern kingdom rests in the hands of a clever and defiant young con artist with miraculous healing gifts.

Recursion by Blake Crouch
At first, it looks like a disease. An epidemic that spreads through no known means, driving its victims mad with memories of a life they never lived. But the force that’s sweeping the world is no pathogen. It’s just the first shock wave, unleashed by a stunning discovery—and what’s in jeopardy is not our minds but the very fabric of time itself. In New York City, Detective Barry Sutton is closing in on the truth—and in a remote laboratory, neuroscientist Helena Smith is unaware that she alone holds the key to this mystery . . . and the tools for fighting back. Together, Barry and Helena will have to confront their enemy—before they, and the world, are trapped in a loop of ever-growing chaos.

Plain Bad Heroines by Emily M. Danforth
This highly imaginative and original horror-comedy is centered around a cursed New England boarding school for girls—a wickedly whimsical celebration of the art of storytelling, sapphic love, and the rebellious female spirit.

The Midnight Library by Matt Haig
Somewhere out beyond the edge of the universe there is a library that contains an infinite number of books, each one the story of another reality. One tells the story of your life as it is, along with another book for the other life you could have lived if you had made a different choice at any point in your life. What if you had the chance to go to the library and see for yourself if any of these other lives truly be better?

The Line that Held Us by David Joy
An accidental death, and the cover-up that follows, sparks a dark series of events that reverberates through the lives of four people who will never be the same again. A story of friendship and family, The Line That Held Us is a tale balanced between destruction and redemption, where the only hope is to hold on tight, clenching those you love.

Red White & Royal Blue by Casey McQuiston
What happens when America’s First Son falls in love with the Prince of Wales? Can love save the world after all? Where do we find the courage, and the power, to be the people we are meant to be? And how can we learn to let our true colors shine through? Casey McQuiston’s Red, White & Royal Blue proves: true love isn’t always diplomatic.

The Seven Husbands of Evelyn Hugo by Taylor Jenkins Reid
An entrancing journey of a reclusive Hollywood starlet as she reflects on her relentless rise to the top and the risks she took, the loves she lost, and the long-held secrets the public could never imagine.

Final Girls by Riley Sager
Ten years ago, six friends went on vacation. One made it out alive…. In that instant, college student Quincy Carpenter became a member of a very exclusive club—a group of survivors the press dubbed “The Final Girls.” The past is in the past…until the first Final Girl is found dead in her bathtub and the second Final Girl appears on Quincy’s doorstep.

The 7 ½ Deaths of Evelyn Hardcastle by Stuart Turton
A murder mystery novel inspired by Agatha Christie with a dash of Groundhog Day and a hint of Quantum Leap and Downton Abbey.

Happy reading! And let us know in the comments what books have sucked YOU in recently!